Dr. Mark Plunkett grew up only minutes from Brookville Animal Hospital. After graduating from Columbia University in 2005, Dr. Plunkett started a full-time position at Bank of America working on the Equity Trading Desk in midtown Manhattan. Although a very positive and rewarding experience, he quickly realized this was not his life's calling. Dr. Plunkett then spent two more years completing post-baccalaureate work in biology and chemistry before attending Veterinary School at Kansas State University. After graduation, he came back to Long Island and immediately started in general practice. In 2013, he was fortunate to meet Dr. Krasnoff and the staff of Brookville Animal Hospital, who have become his extended family. At present, the bulk of his hours find him in the operating room performing soft tissue and orthopedic surgeries. He then dedicates the remainder of his time to navigating internal medicine cases in appointments. Outside the office, he and his wife have two wonderful children and a menagerie of adopted pets. Coveted free time is spent fishing, scuba diving, and hiking.

Dr. Jeffrey Krasnoff wanted to be a veterinarian since he was old enough to think. When he was in sixth grade he went to Cornell University for an interview to see what he could do to help him attend Cornell. At 13 years of age Cornell sent him to work on a dairy farm in Sharon Springs, New York. From the seventh grade on he worked with animals during all his school vacations. Dr. Krasnoff is a survivor, a week before he was to start veterinary school he was diagnosed with Hodgkins Disease and had to wait a year to start vet school. Nothing was going to stop him from fulfilling his dream of becoming a veterinarian. Dr. Krasnoff graduated in1976 from Cornell University with a Bachelor of Science. In 1977 he went on to the University of Connecticut where he completed his Masters of Science in Reproductive Physiology. After attaining his Masters degree, Dr. Krasnoff returned to Cornell University where he graduated in1982 with a Doctor of Veterinary Medicine. Dr. Krasnoff has special interests in birds and exotic animals. He has written articles for the exotic veterinary journals and has given numerous lectures on the subject. In 1997 the Long Island Veterinary Medical Association awarded the doctor a Certificate of Achievement for discovering the link between canine mange and the wild fox on Long Island. Dr. Krasnoff was instrumental in bringing “The Kras avian band cutter” to market world wide. Dr. Krasnoff loves all aspects of veterinary medicine especially surgery, diagnostics and reproduction. He has dedicated his life to being a hard working, honest, compassionate veterinarian. When not working, he spends his spare time with his wife Amy and three children: Jordan, Jamie and Shelby, and his grandson, Marley. Dr. Krasnoff has a Morkie (Maltese/yorkie mix) named Olive. On his days off you can find him on his horse and alpaca farm on the North Fork of Long Island.

Dr. Laurann Webb graduated from Ross University School of Veterinary Medicine in 1997 and has been practicing for over 10 years. Dr Webb enjoys surgery, internal medicine and working with clients to achieve reasonable compassionate goals for their pets. Prior to graduating veterinary school, Laurann grew up locally in Manhasset and received her Bachelor of Science Degree from the College of Mount Saint Vincent in Riverdale, NY. Her early interests in the veterinary field prompted her to work as a veterinary assistant and while attending college she spent time working at the Bronx Zoo. Her work experience and love for animals is what paved the path for applying to Veterinary School. Currently, Dr. Webb works part-time while her and her husband, Graham, raise their two young girls. Laurann, Graham, Grace and Ava share a love for the outdoors, hiking and traveling in their spare time.

Dr. Samuel Rosenbaum has been a part of the Brookville Animal Hospital team for over a decade. In 2010, he started in kennels at age 16, and in time he’s gotten to know many of the friendly, furry faces in the area. He grew up with two cats, a fondness of medicine, and a knack for animal communication. Sam completed his BS in Animal Science at University of Vermont in two years. He then spent his next five years across the pond in Scotland, attending Glasgow University Veterinary School. Since graduating in 2019, he’s worked his way into seeing more cases, training others, and earning the trust of clients and patients. When he’s outside the clinic, Sam likes to go hiking with his dog, Asimov. 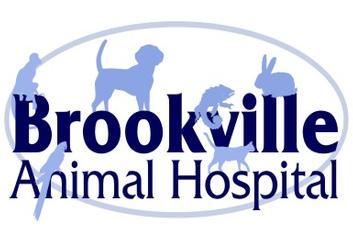